Jon Fieldman’s background as an attorney, business executive, and technology officer makes him an exceptionally strong lawyer for complex transactions, delicate negotiations, and general counsel engagements. He founded Fieldman Law Group in 2009 to provide excellent, personal, and strategic legal leadership to CEOs, executives, organizations, and Chicago SMBs. Throughout his career, he has focused on team-oriented strategies, leading to great business results.

Jon served as chief operating officer and general counsel of Crestview Capital Partners, an investment fund founded in 2000 that peaked at $230M AUM, specializing in private placements in publicly traded micro-cap companies. He quarterbacked the firm through an intense, year-long SEC investigation, which required conceiving and implementing a compelling strategy and the extensive coordination of the management team, employees, multiple outside counsel, and a PR firm. Jon was responsible for all operations of the firm, including investor relations, finance, legal, HR, compliance, information technology, partnership issues, and staff.

As chief information officer & vice president Enterprise Integration of DSC Logistics, Inc., Jon transformed IT into a sales-oriented organization, generating more than $300,000 in IT revenue and margin, which equated to a significant share of the $250 million third-party logistics provider’s total margin. Jon drove substantial productivity gains, reducing IT budget from more than $8 million to less than $6 million while increasing customer satisfaction, service, reliability, and capabilities. He also inspired and led an IT department turnaround, instilling high morale and motivation, teamwork, leadership, excellence, ownership, accountability, and customer service.

At the Resolution Group, Inc., Jon became the highly trusted advisor to the CEO, counseling him on challenging issues in Human Resources, compensation, and strategy. As a result, the CEO asked Jon to become the firm’s first chief information officer, where he defined a complex strategy to enable the company to transform from a dependent firm with no internal systems to a stand-alone company with complex, integrated, and independent IT systems and infrastructure. In the process, Jon managed major conflicts among vendors and internal teams by building complex yet disciplined team structures and secured the on-time, on-budget delivery of a highly successful IT transformation that reduced annual IT spending from $5.2 million to less than $3.5 million.

Jon began his legal career at the premier Chicago law firm of Sidley & Austin, where he had extensive experience negotiating complex contracts, and resolving and litigating disputes and regulatory matters.

Jon is also an active community leader. As a long-standing board member and past chair of the Chicago technology nonprofit Lumity, Jon led the team process that hired the current executive director and has been instrumental in significant initiatives of Lumity through the years, including growing the board and building the annual fundraising dinner into a marquee event.

Volunteer
Immediate Past Chairman, Board of Directors of Lumity, which for 25 years has helped Chicago-area nonprofits fulfill their missions through technology, financial support services, and training. 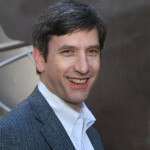 “Jon has an exceptional client focus. That fact alone differentiates Jon from many attorneys I have worked with. When combined with his attention to detail, expertise and network of associates, makes him an exceptional value for someone who wants excellent advice delivered timely.”
– Russ Bostick, Executive, CIO